Transaction Commons was born out of decades of frustration with disorganized (and inefficient) business transaction document negotiation.  Transaction efficiency depends on all parties communicating in an organized way.  That goal is not served by email, and even if one party thinks they are organized, they are only part of the equation.  Hence the frustration.

We started Transaction Commons to address the continuing inefficiency in business transaction communication and documentation. 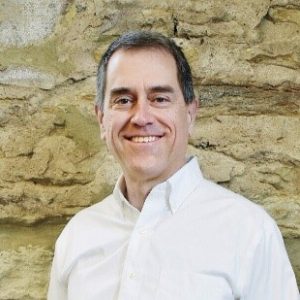 Our focus is the transaction process.  Getting from the inception of the transaction, through the nondisclosure agreement, term sheet (or letter of intent), due diligence, transaction document negotiation, and finally to the closing and any post-closing escrow resolution.  And doing it all as efficiently as possible.  Transaction Commons is the platform that makes that possible, and at a fair price.  Most importantly, the Transaction Commons team knows how that process works - and how and where inefficiency and waste can arise.

Why are we called "Transaction Commons"?

We designed our platform to enable the completion of transactions with organization, confidentiality, and security and with fair access to all parties.  So we chose the name Transaction Commons.

"Transact" means to conduct something – business, a project, or other activities – to a conclusion. The word is based on the Latin word transactus – meaning to carry out or accomplish.  Sometimes transactions are discrete, other times they may define a long term relationship.

"Commons" is a place shared by more than one person or company and not necessarily controlled by a particular user.  While TC is a cloud-based application, the analogy to a place or location is important.

We Know What Matters: Where Deals Get Done!

The ultimate goal for all of the parties is the completion of the transaction.   It's not just about the process - although an efficient one makes completion more likely and satisfying to everyone involved.  So we keep that goal in the forefront and highlight that Transaction Commons is the "place" where transactions get completed.

Transaction Commons has licensed 4 patents relating to key aspects of an efficient and accurate transaction process:

US Patent No. 8,856,175 covers a transaction management approach with multiple administrators (such as one for each transaction party) having separate control of, and information about, their own set of users.

US Patent No. 9,454,527 covers the visible marking of the finalized version of an agreement with a verification code to make it clear to each party that they are signing the correct final document.

US Patent No. 9,552,340 covers the use of software code to assist a user in selecting the most useful prior version of an agreement to be used for generating a redline to a new proposed version.

US Patent No. 10,474,995 covers the management of different governing documents (such as confidentiality agreements) that are applicable for different parties or participants in a transaction.

Transaction Commons owns the proprietary software that runs its platform, as well as other important technology trade secrets.

Transaction Commons also owns a number of registered trademarks used in its business, on this website, and elsewhere.